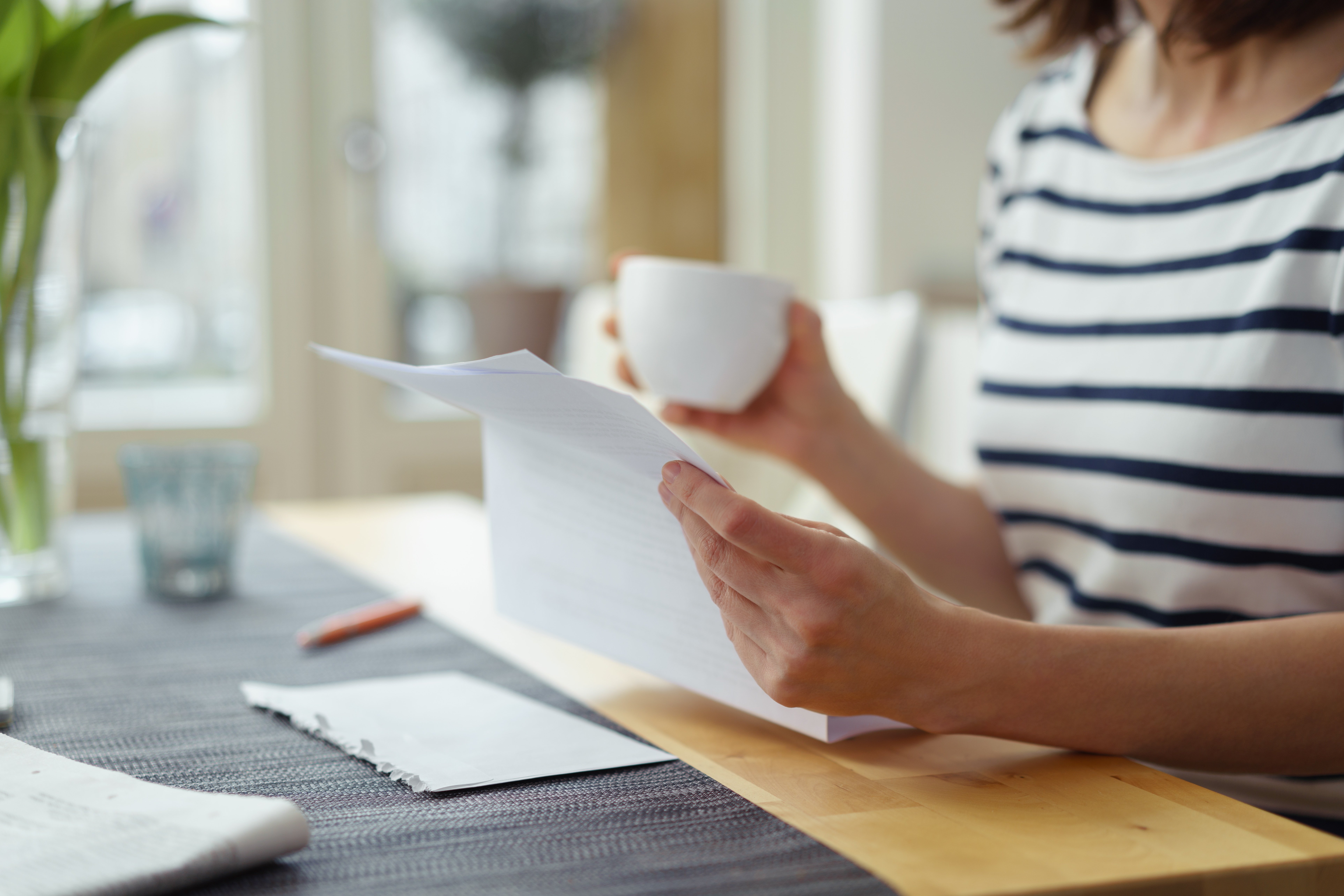 Analytics, or the systematic analysis of data and statistics, are helpful in pretty much every field. From a strategic standpoint, any and all campaigns can be substantially enhanced with the use of data analytics. In terms of fundraising, the demographic information of donors and potential donors may provide insider knowledge that can be integral to a successful appeal. Who is giving? How much do they give? Where are they from? When do they donate the most?

Analytics can also help to determine who hasn’t given recently that has in the past, as well as what groups of potential donors are missing from the statistics and what kind of new donors could be easily acquired with the right kind of push. Once information about the target audiences is analyzed, trends in fundraising are discovered. These trends can and should be used to give direction to marketing campaigns. Some argue that analytics are necessary to bring in the most amount of donations possible. We agree.

This can be extremely helpful in higher education. Universities and colleges sustain themselves with the money their students and their students’ parents give them, both while enrolled and after graduation. Fundraising to get donations from alumni is a big deal. But what does this look like now: a letter in the mail, a link on the school’s website? In this day and age, the answer is often both. With these different options, how do school’s figure out the most effective way to market their fundraising campaigns to alumni? Analytics can help with those choices.

One classic way to reach alumni is via direct mail. For example, both Roger Williams University and Suffolk University run some form of direct mail fundraising campaign every year. According to Roger Williams University’s Chief Advancement Officer, Lori Cochrane, RWU usually runs four major appeals a year: during the spring, the end of their fiscal year, the fall, and the end of the calendar year. There is a huge direct mail push during these times, but they also run a few smaller campaigns throughout the year. Cochrane says they hardly ever have any downtime and described their annual approach as “very much scheduled.” It’s also important for them to reach their frequent donors during the key points of their fiscal year, because even those intending on giving later in the year may simply forget without the occasional mailer showing up in their mailbox. 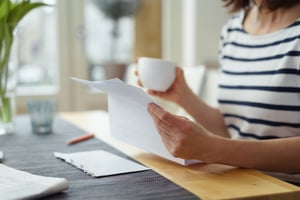 Suffolk does a similar number of big direct mail appeals each year, with the end of the calendar year and the end of their fiscal year being their busiest times, as well. Their annual approach was described as “three-pronged.” They use direct mail, another more traditional approach which is phone-a-thons, and online platforms.

Direct mail has proven to remain a fairly effective fundraising tool, although Suffolk has noticed those numbers dropping instead of rising. Similarly, during phone-a-thons, fewer and fewer people are even answering their phones, much less making donations. Suffolk sees their highest response rate when reaching out to previous donors a year after their last contribution. They call this their anniversary gift appeal. Reaching repeat donors is still a huge priority for schools. Suffolk has found that along with direct mail campaigns, online giving is profitable for them. They also just recently launched a text-to-give platform.

Similarly to Suffolk, the Office of Institutional Advancement at Roger Williams recently started using new, online marketing platforms: EverTrue (an online giving format) and MobileCause (text-to-give). They have increased their digital appeals through these new programs, as well as through email. The number of donors who are giving digitally has gone up, but since these platforms are new and exciting, it’s hard to tell if this rise is because donors prefer these methods to more traditional ones or if the online platforms are simply what they’ve been hearing the most about recently. Cochrane also confirmed that they continue to reap a lot of gifts through direct mail. Although, even in their direct mail appeals, they are giving donors the option of returning a check in the mail, the traditional way, as well as including information about how people can go online to give. 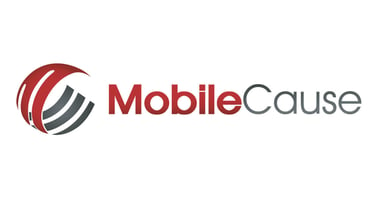 The Use of Analytics

So, how did these schools make their decisions about how to direct their fundraising marketing efforts? Their approaches are similar in some ways and different in others, but surely none of these professionals just took an educated guess before sinking money into something.

Roger Williams has increased their use of analytics, and would like to continue doing so. They have been working with a third party fundraising consulting firm, Royall & Company, which was recently bought out by The Advisory Board Company. Cochrane described the analytics they provide to be one of the most valuable pieces of the University’s contract with them.

The analytic reports that have been provided to the school by the third party firm have already proven one misconception to be untrue. In a lot of situations, it is assumed that young people will use online formats more often than older generations. But, at least in regards to online fundraising appeals at Roger Williams, that is not the case. Cochrane explained that while they do notice some trends in giving, individuals still make donation choices that can’t always be explained simply with just their demographic information. For example, the university sees an impressive number of older alumni donating online, as well as a decent amount of recent graduates responding to direct mail appeals.

Cochrane said she’s hoping that analytics can be used to figure out what the “final straw” is that gets someone they’ve been reaching out to, using various methods, to donate. They’ve already used analytics to figure out that a print appeal followed up by anywhere from three to six emails is a marketing combination that pulls in a lot of donors. The university was initially hesitant to take the firm’s suggestion to send out so many emails, but she said that amount has turned out to be “just right.” Now the question is, which of these four to seven cross-platform marketing tools got the donors to give?

Suffolk has also found success in supplementing direct mail campaigns with emails. Colm Renehan, Senior Vice President of Advancement, and Caitlin Haughey, Senior Director of Alumni Relations and Annual Giving, look at the school’s fundraising data often, but say their Director of Annual Giving is the one who looks at it the most. They stated that they could have more robust analytics, but time and a lack of resources are standing in the way of that, for now. They do not have a contract with a third party fundraising consulting firm, although they have in the past and aren’t ruling it out for the future. They sometimes bring in consultants for specific projects, but think they are doing a decent job with the analytics in-house.

Mike Spencer, President of Spencer Group in Burlington, Vermont, specializes in data-driven annual giving strategies for colleges and independent schools. His company’s detailed analysis of alumni giving performance confirms the need for a multi-channel approach to fundraising. Spencer emphasizes that proper data collection, such as tracking the source and payment method of each donation, in combination with sophisticated analytics at the individual level, are extremely helpful in determining the right balance of solicitation methods and who should receive what solicitations.

"While there are some generational tendencies of who gives online versus traditional direct mail, there is enough cross-over to necessitate both forms of communication," Spencer said. "Many donors, regardless of generation, will be persuaded by direct mail but will then choose to respond with an online gift. Alternatively, other donors will be reminded through emails and social media but will send a check in response to an original direct mail appeal."

No matter how robust the analytics, schools are looking at giving trends somehow, and all this data seems to be pointing at cross-platform marketing. The statistics universities are analyzing these days show the value in both traditional and online fundraising appeals. Analytics can help universities figure out their priorities from year to year, or campaign to campaign, but it seems like they’ll be functioning in both paper and digital worlds for the foreseeable future in order to reach as many donors as possible.