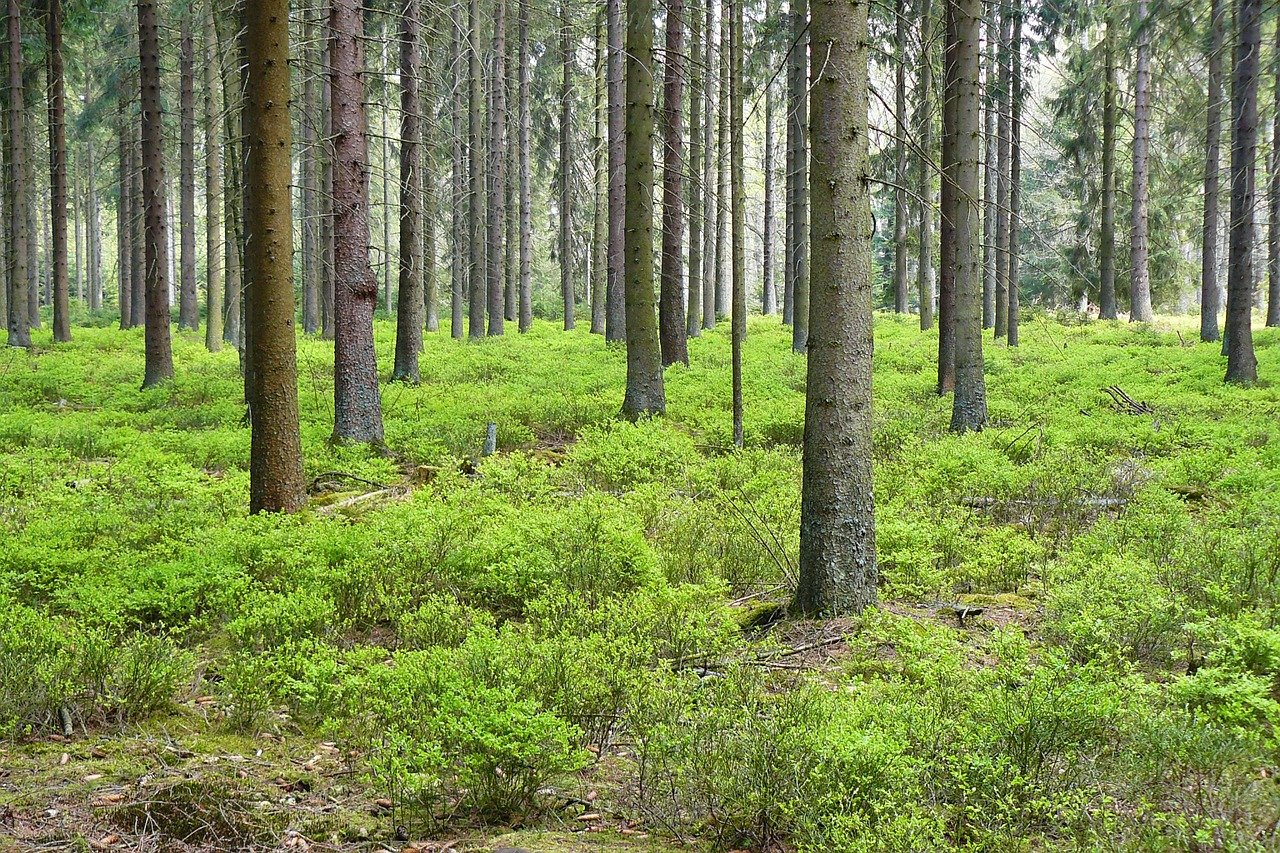 It’s a story as old as the Industrial Revolution, and practically as old as the Gutenberg Bible: the paper mill eating up countless beautiful trees, just to produce reams of paper that only get thrown out anyway. Our majestic forests ending up flat, white, and in the garbage, right? Or worse yet, massive deforestation in places like Haiti and Brazil, ruining ecosystems like the rainforest all across the world. The Digital Revolution was supposed to save us from the evils of paper, and your iPad replaces an infinite number of sheets, right?

But, these myths are less like a story and more like a punchline. We know that paper isn’t evil, and that your iPad is far from sainthood. We’ve broken down the narrative into three myths. We hope that by dispelling each, you’ll see that there are better questions, like 'who would win in a green fist fight?’

The idea of the gas-guzzling, river-polluting paper mill is a myth as old as the mills it’s based on. Now, let’s be clear: there were (and are!) mills that fit this mold. In 2005, paper production was the fourth largest industrial user of energy, according to the World Wildlife Fund. However, the source of most of the paper industry’s release of greenhouse gases was in the use of nonrenewable resources in the production of the paper. Several paper producers are using or developing paper mills that correct this, including alternative energy sources like “black-liquor” (a byproduct of the paper-producing process itself) and methane produced from wastewater treatment. Responsible reforestation practices are also being used to sequester more carbon dioxide, along with offsetting the ecological impact of paper mills on their surrounding forest ecosystems.

Another pervading problem with older paper mills was their pollution of adjacent rivers and waterways; substances like chlorine compounds and sulphur dioxide caused a reduction in oxygen content and a rise in water acidity that made habitats near the mills untenable for some aquatic life. But this pollution isn’t necessary to make paper. In fact, the paper industry has developed significant technology to cut water emissions, including reducing or removing chlorine use from the bleaching process. The fight in the paper-making world has turned to implementing this greener tech in regions with developing paper use, and shifting global paper production towards a more sustainable model.

There are even more promising trends! Over half of the paper industry’s fibre resources, the essential ingredient in any paper-making, is recycled. The WWF has proposed that by 2020 as much as 70% of the fibre in paper production may be recycled. And today, more than 65% of existing paper is recycled in the U.S. These factors don't mean that there isn’t an environmental impact involved, even in recycled materials. What it does mean is that there is already a strong pull towards the kinds of practices that are going to make paper production and use even more sustainable.

You’ve probably seen this myth rear its head at the bottom of any “e-receipt” in your email inbox, or in those stories of schools replacing textbooks with iPads on the nightly news. And at first glance, the myth makes a lot of sense: digital media decreases the amount of waste product per user, as well as cutting down on waste and greenhouse gas emissions from the transportation of raw materials. But as glossy and modern as that idea may be, many environmental activists and thinkers are starting to look behind the screen at the ecological impact that’s really driving digital growth.

While the usage of your iPhone or Kindle may seem ‘renewable,’ meaning that you can use it over and over again, many of the resources expended in the mining, processing, and transportation of electronic materials are anything but, according to this Guardian report. And when those same electronic materials get discarded, they generate more greenhouse gas emissions through their transportation, often to ecologically devastating e-waste dumps in places like Agbogbloshie in Accra, Ghana. According to Al Jazeera, the amount of e-waste is projected to rise globally by 4.1 million tons by 2018.

And that’s just the physical ‘stuff’ that’s involved in making our digital world. The immaterial aspects of our tech — like data storage and retrieval — have just as many material consequences. Much of this is due to the amount of sheer power demanded by the data centers that enable and coordinate our digital and cell networks. Greenpeace extrapolates that by 2020, the amount of electricity required to run data centers will be more than what Brazil, Canada, France, and Germany currently use.

That electricity doesn’t come without a cost. Greenbiz reports that data centers often use electricity sourced from mountaintop removal, the practice of using explosives on clear-cut mountaintops, largely in the Appalachians, to access underground coal reserves. The ecological damage of this practice is threefold: it displaces a large amount of material into the surrounding forests and waterways (making their habitats uninhabitable), it releases greenhouse gas emissions in the processing of the coal, and it leads to nearly irreparable deforestation on the cleared mountaintops.

Myth: Only one is the responsible choice

If the list of the ravages of mountaintop removal sounded familiar, it wasn’t a coincidence: many of the same critiques of the practice (its consequences of deforestation, water pollution, and greenhouse gas emissions) have been leveled at paper mills for decades. This doesn’t make either argument more or less true. What it actually shows is that the realm of paper and the digital sphere are fundamentally part of the same world. It’s a world that relies upon old practices of energy production and consumption, even with more and more modern developments. It’s also a world that needs universal reform. Both are moving towards sustainability, step by step, by moving power supplies for mills and data centers alike towards more renewable models.

In our printing world, there are a number of practices that can make printed material even more sustainable. If you want to send a print mailer, consider targeting your audience so that you can meet demand for your printed piece as closely as possible to reduce waste. You can also think through the shipping of your piece as well; are there ways to consolidate the pieces involved to reduce their packaging, or even ways to incorporate recycled packaging materials? Encouraging your audience to recycle is a great move too; be proud and vocal of your commitment to sustainability!

So the next time you see the claim that less paper is more trees, or an assertion that an e-receipt is saving the environment, you’ll know the various ways those claims are either complicated or just plain wrong. The path towards a more sustainable world isn’t paved by these myths, but rather informed practices guided by sound environmental knowledge. It isn’t about paper being better than an iPad, but rather paper practices becoming better and better... though here at SPC, paper will always have a better place in our heart.