How do you capture the excitement of a ski race, the beauty of a snow-covered mountain resort, and the charm of small-town community and express all of that through the medium of paper? If anyone has the answer to that question, it’s co-publishers of The Mountain Times Polly Lynn Mikula and her husband Jason Mikula. Alongside their free weekly newspaper, the Mikulas have also produced multiple supplemental publications over the years. Arguably, the most exciting of these is The Official Killington Cup Program.

When the Killington Cup (a stop on the Audi FIS Ski World Cup Tour) first took place in 2016, it had been 25 years since the tour had stopped in the Eastern USA and 38 years since it had stopped in Vermont. Being a native Vermonter and avid skier herself, Polly was excited by this news and instantly knew she wanted to get involved.

“We were racking our brains to see what we could do to help promote it,” Polly said.

At the end of that brainstorm was The Official Killington Cup Program which The Mountain Times and Killington Resort teamed up to create. It was a success during that first year, so they continued to publish free programs for the 2017 and 2018 events as well. The estimated attendance at last year’s Killington Cup was 39,000 spectators, who all gathered to watch the fastest female ski racers in the world take to Killington’s signature Superstar trail and battle it out in Slalom and Giant Slalom events for the top prize. As if the excitement surrounding the races, which took place across Thanksgiving weekend, wasn’t enough, the event schedule was also packed with live music, fireworks, parades, movie screenings and a bib draw featuring top athletes.

It’s worth noting that the preparation for the races alone is a monumental effort since they do take place in November. The snowmaking and grooming that have to be done in order for the conditions to be good enough for serious skiing at that time of year is seriously impressive. The dedication of everyone who works tirelessly to get this event together year after year is something the Mikulas wanted the program to reflect.

Taking all of this into consideration, it’s incredibly helpful to provide people with a comprehensive yet compact program. It spares racegoers from removing their gloves to search around multiple webpages on their smartphones. Although, the program is also available as a flipbook online for moments when internet is available. Both the print and digital versions of the program are filled with spectating information, race and event schedules, information about the resort, directions, ski history, racer bios, local attractions, and more. Not only is The Official Killington Cup Program practical, it was also designed to be an attractive keepsake and perfect for collecting signatures from famous racers, like Olympic gold medalist and crowd favorite Mikaela Shiffrin.

From the first time the Mikulas ran The Official Killington Cup Program past SPC Account Consultant Roger Vanasse he knew that, although it would be a lot of work, it was a great piece of print. Last year’s program actually played a huge part in Killington Resort winning “Best Overall Marketing Campaign” at the National Ski Areas Association Awards!

“Working with SPC has been terrific. It was nice to be able to work with a friend and somebody that we’ve partnered with in the past,” Polly said. “[The Official Killington Cup Program] is a one-shot thing, it’s just for one weekend. There’s no wiggle room for any imperfections so we have to put a lot of trust in SPC.”

Printing with a Vermont-based company makes sense for the Mikulas who take a lot of pride in where they live. Providing their community with valuable, free print resources is something that’s very important to them and The Official Killington Cup Program is just one of the many ways they do that. The program is particularly genius because it provides information and brings joy to tens of thousands of locals, ski fans, racegoers, and tourists alike!

How Print Design Can Help Your Direct Mail Stand Out 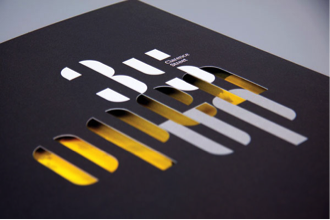