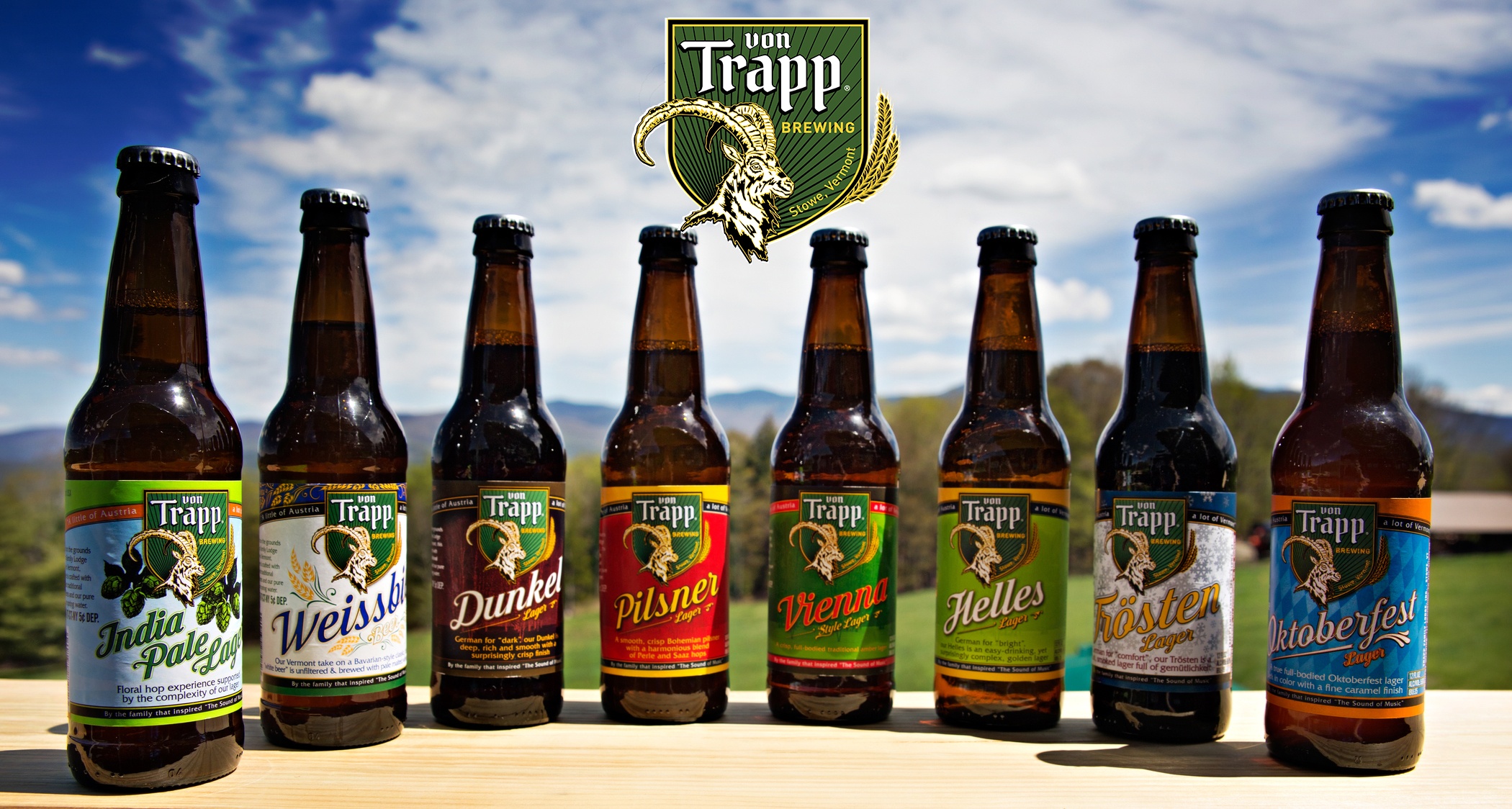 We were thankful for all of the brewers that helped us put together our 2017 Craft Beer Calendar, and not just because it lets us look at beer for every month of the year. It was really inspiring to be able to merge what we do as printers with the creative work of beer makers across the state. There’s a lot of history and tradition behind the art of Vermont beer, and it makes us feel honored to be able to represent that legacy with our craft.

Nobody is able to tap into that tradition more than one of the brewers featured on our calendar, the von Trapp family (of The Sound of Music fame) and their von Trapp Brewing company in Stowe, VT. After escaping Austria and emigrating to the United States, the von Trapps traveled the country by bus before establishing themselves in our Green Mountains, which reminded them of their homeland. After the Baron died in 1948, Maria von Trapp and her children began taking guests into their home as a mountain lodge; her youngest son, Johannes von Trapp, took leadership of the operation in 1969 and opened the brewery under the von Trapp name in 2010.

Like the Green Mountains’ echo of the Alps in The Sound of Music, Johannes wanted his brewery to be reminiscent of the kinds of beer he could drink in Europe. “We’re recreating the kind of beer that you get in a small town in Austria or in Germany when you’re driving through and you have lunch at the local inn and you have a beer with your lunch and it tastes great,” he told ABC News in 2015. “You don’t have a headache afterward, you don’t fall asleep. It’s something that’s basically not available in this country.”

Read now: The Benefits of Coloring for Adults

That is, until the von Trapps brought it here. The brewery shipped in all of its equipment from Rolake, Germany, and their operation is large enough to produce 50,000 barrels of high-quality, Austrian-style beer a year. That’s a fairly limited run (consider that the Magic Hat Brewing Company, established in nearby South Burlington and distributing nationally, produces three times as many barrels annually), so von Trapp beer is only sold in the Northeast. So much about the beer belongs in the spirit of its place, both in its Austrian tradition and its Vermont home. Brewmaster J.P. Williams says he belongs in the spirit of Vermont, too. “My quality of life is up tenfold, the people are outstanding and the scenic views are breathtaking. Waking up every day and seeing the Worcester Range while brewing the state’s best lagers is just heaven.”

Since we feel the same kind of bliss about Vermont’s hills (which are… alive), we were so happy to be able to show the kind of handcraftsmanship and care that our region can produce in Vermont’s craft beer makers. Every time we go to look for the date and see the von Trapp’s beer, we might feel transported to the Alps… but more often we think of our own homeland, and the best (and bubbliest) of what it can offer.