One Augmented Reality, To Go.

While it sounds like something from a science fiction novel, augmented reality or AR is an already-active technology that seems destined to grow ubiquitous with time. One way to explain AR is to compare it with the concept of virtual reality. Rather than seeking to replace our concrete environment with digitalized information, augmented reality aims for the integration of interactive, computer generated content into what we consider the “real world,” with the goal of enhancing, rather than devaluing, our daily intake of relevant information.

Although AR technology has been speculated about for some time, its current implementation is due to the popularity of smartphones and mobile devices. As portable as books and often serving as mini-computers, they are equipped with sensors or “electronic eyes” that filter content layers in the physical world and place them in a broader context. With this interface, audio and video can be enjoyed alongside the written word and relevant information often becomes more engaging and meaningful. Here’s how it can work in print: the reader scans a printed piece with an AR app on their smartphone; the smartphone reacts by showing linked images on the screen; simple QR codes, URL’s, invisible watermarks and other links become rich images and text that bring the subject matter off the page and into the user’s hand.

Augmented reality is an exciting prospect from a printer’s perspective. This ability to merge the two mediums is not only a way to reinforce and build upon print’s popularity; integrating the realms has potential for creating additional value across the board. Print media’s static content has a strong physical presence that people always respond well to. However, it makes reading a solitary and one-track pursuit, especially in comparison to the internet, where fresh stimulation abounds. AR technology, however, depends on participant contribution with mobile devices to form an interactive, often social experience that incorporates a wider variety and quantity of information while still retaining the corporeality that makes traditional print so attractive.

Companies like Layar (https://www.layar.com) are already capitalizing on augmented reality’s capacity to bring print to life. While nowhere near omnipresent, AR is a growing presence across the board, affording opportunities for fresh perspectives in education, art, and advertising. The March 2014 issue of Cosmo featured a Covergirl ad that allowed participants to try on and, if they wished, directly purchase shades of lipstick. In other magazines, one can hover over a film review to watch the trailer for the movie in question. Studies are thus far unclear as to whether AR efforts significantly increase revenue or brand loyalty, but the technology is already evolving and streamlining; it looks to us like it might be here to stay and we're excited to continue integrating it with our existing product offerings. 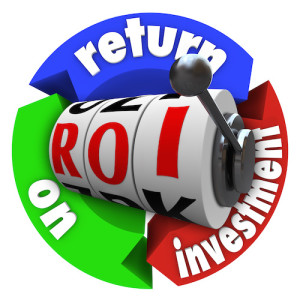