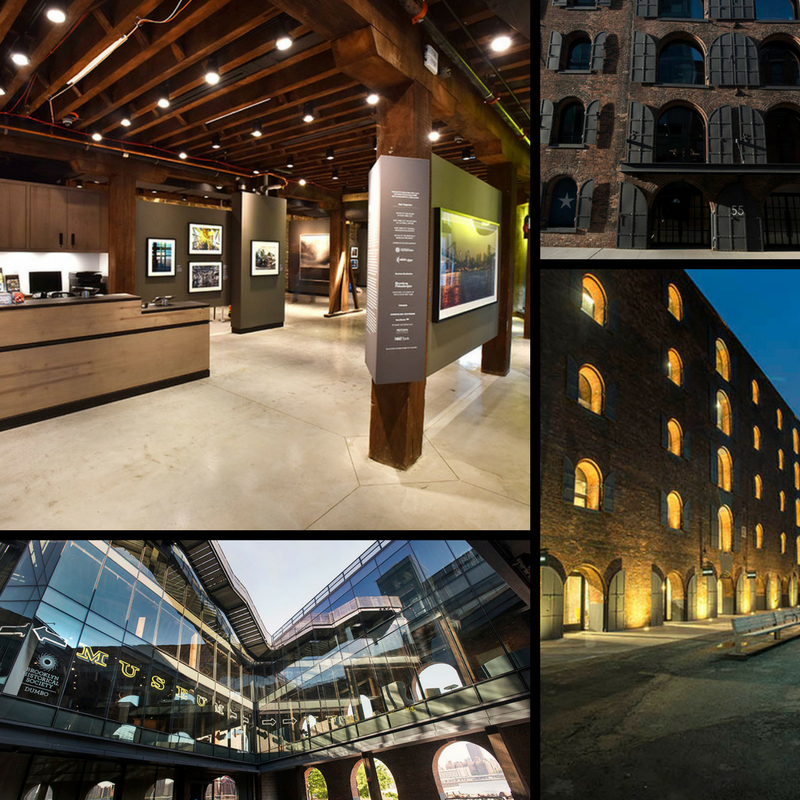 Brooklyn Historical Society: Shifting Perspectives for a City in Transition

Every day, at the corner of Water Street and Washington Street in Brooklyn’s historic DUMBO neighborhood (the name is an acronym for Down Under the Manhattan Bridge Overpass—no relation to the elephant), throngs of people pose in the middle of the street under a gorgeous view. Over their heads, the Manhattan bridge begins its arc across the East River, with One World Trade Center towering above the skyline on the opposite side. The Brooklyn Bridge hangs just a few blocks away.

You can barely hear yourself over the sound of the flow of cars and trains over each bridge, built in 1901 and 1883 respectively. It’s enough to get the sense that you’re at one of New York City’s core crossroads—between Manhattan and Brooklyn, but also between the city’s historic foundations and its modern, metropolitan identity.

Walk a block down Water Street and you can find a whole exploration of that crossroads at the Brooklyn Historical Society’s brand new location: the Empire Stores building, one of the only remaining 19th century warehouses still on Brooklyn’s waterfront. The space used to house commodities like animal pelts and jute, but is now home to the Historical Society’s latest exhibition, Shifting Perspectives: Photographs of Brooklyn’s Waterfront. A photo of the Empire Stores building itself, taken in 1936 by the renowned WPA photographer Berenice Abbott, greets visitors to the Society at the door. The message is clear: visitors are not just viewing in, but participating in history by their very presence on hallowed ground. 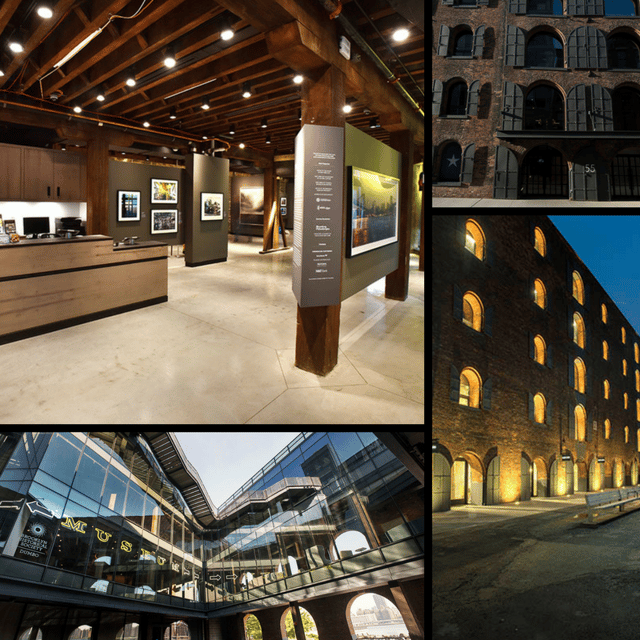 That sense of participation is important, the show seems to argue, for cultivating a sense of what might be lost if the borough’s historical record is not actively engaged with and preserved. A 2016 work by the Israel-born New York artist Shai Kremer juxtaposes his own photos of contemporary architecture on the waterfront in Williamsburg with historical photographs of riverboats and the Bedford Library. “Kremer’s photographs,” its description reads, “address what he calls a cycle of ‘accumulation, destruction, and reconstruction’ as a necessary ‘paradigm of modernity.’” There is an urgency, in the work of the piece and of the Society itself, in carrying history forward—and in retaining a possibility of a return to Brooklyn’s cultural history as much as it might be altered or erased by the changing face of the borough.

The exhibition, however, strays far from the purely documentarian works like Abbott’s photo or contemporary historical alterations like Kremer’s. Some of the most interesting pieces attempt to communicate the feeling of being along the East River and the Atlantic—feelings that might not always make it into the archive. A gorgeous 2016 aerial photograph by Jeffrey Milstein, Coney Island Beach, depicts thousands of beachgoer’s shadows, tiny as seen from above and stretching hundreds of yards across the sand.

A 2011 piece by Lynn Saville distorts streetlights on a night during the construction of the Brooklyn Bridge Park, creating a lavishly vibrant image of a tree splayed in orange. “During this liminal period [between day and night],” she says in the piece’s description, “the workday crowds ebb, and the city’s avenues, bridges, parks, and buildings begin to resemble a giant set, a theatrical approximation of a city… DUMBO is particularly intriguing because it shows a city in transition from an industrial to a postindustrial age.”

Such is the deeply self-reflexive spirit of the exhibition itself. Seeking to stage both a reflection upon and an intervention in how visitors see Brooklyn, its depictions seem at once storied and and startlingly new. It is the show’s (and the Society’s) achievement that the two can coexist—the borough as both a theatrical stage for excitement and wonder, and an actor in a pivotal historical moment—just like the pedestrians under the Manhattan Bridge, looking up at its century-old span in fresh awe.

Will Weatherly is a Junior at Brown University and content writer for Hydrate Marketing and SPC Print Integrated. 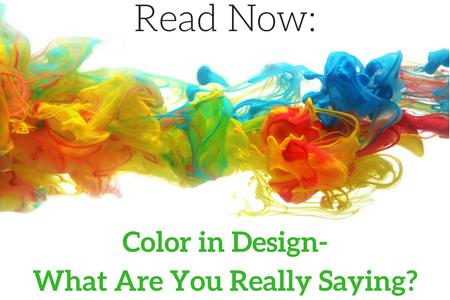 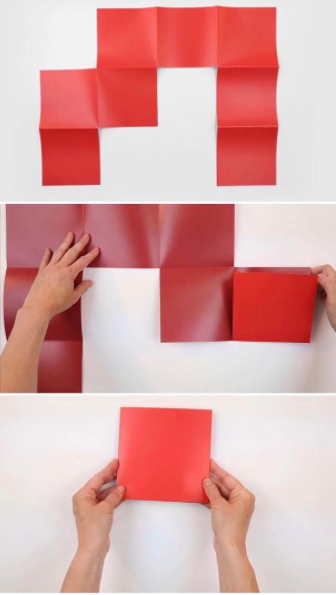 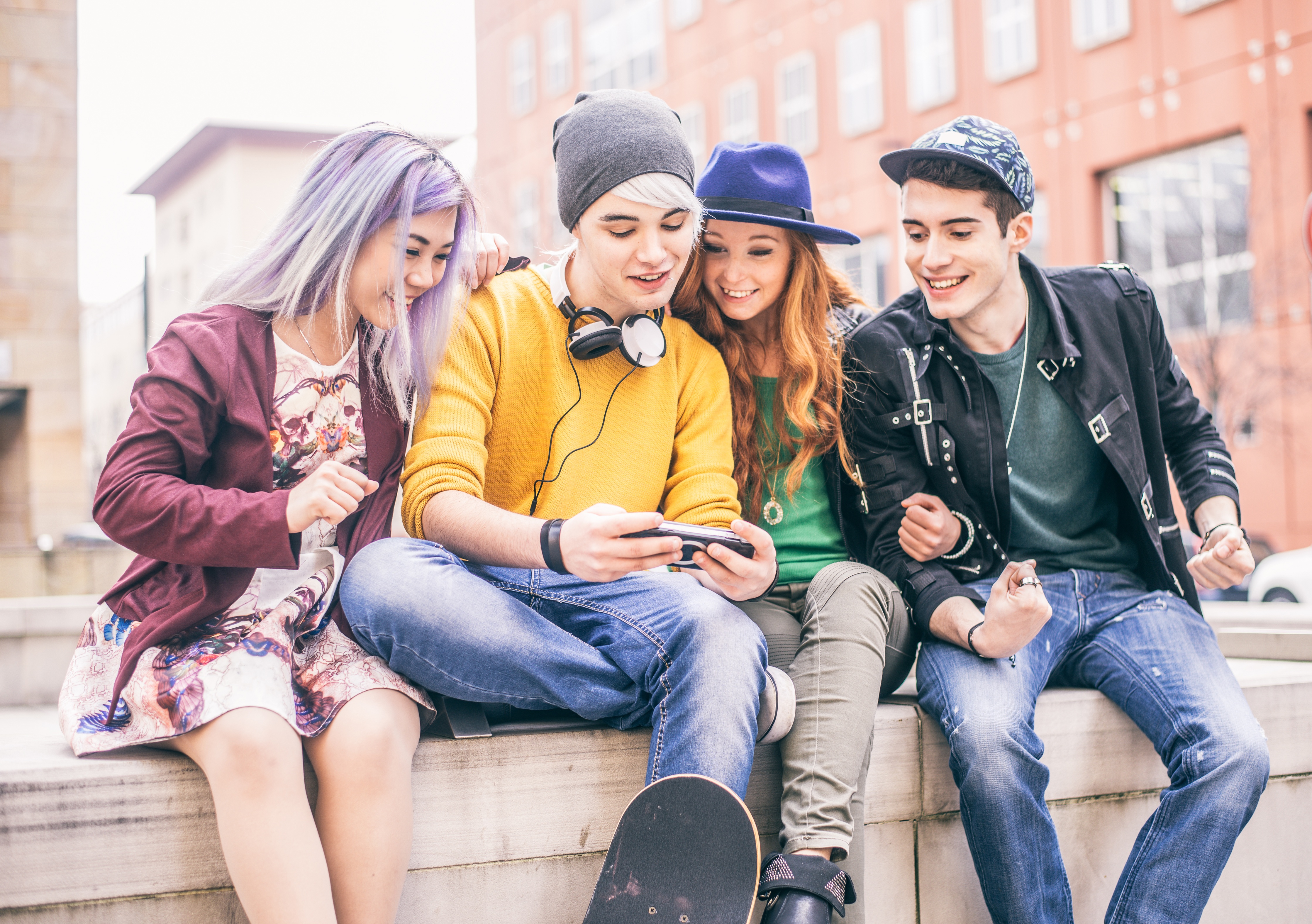